How To Fix Your Blog Post’s Featured Image 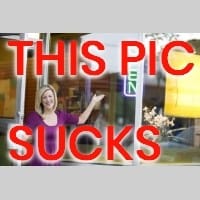 Does your featured image look horrible like this one?

The picture above is blurry, pixelated, stretched and just generally horrible. In this article, we’ll explain the likely causes of a poor looking featured image and how to fix it.

Every WordPress site is different and not all blogs or featured images appear the same way. However, there are two primary causes that cause most featured images to look less than ideal. If your featured image looks blurry, it’s likely too small. If part of the image is cut off, it’s likely the wrong shape or orientation. Let’s dive into how you can fix these two common problems.

Why is my featured image cut off?

Why is my featured image blurry?

If your featured image is blurry, it’s likely due to the fact that your image is too small for the space. For example, if your featured image area is 1000 pixels wide and 500 pixels tall, but the image is only 600 px wide and 400px tall, WordPress will stretch and enlarge / zoom that image to fill the area. While you can make a large image smaller without any noticeable loss in quality, making a smaller image larger will lead to noticeable quality loss – it results in pixilation, blurriness, etc. If you don’t want your featured image to look blurry, pick an image that meets your WordPress site’s minimum width. Even if the image is in portrait orientation, as long as the width meets the minimum of the area it’s going in, you won’t get a pixelated or blurry image – just cropped.

What image width and pixel size should I use on my website?

Depending on your website, you may not have any full width image areas or only a couple. If your featured image post or other image areas don’t stretch the full width of the site or computer screen then a 1920 pixel wide image is likely not necessary. Let’s say your blog post page has a side bar on the right. And on the left, there’s blank space and margin. You can likely get away with using an image that is only 1000 pixels wide to fill the body area of the article without any loss in quality.

Examples of landscape image sizes and how they respond

Here’s an image that is 200 pixels wide. If you look at the image below, you’ll see what it looks like when it’s stretched to a 1000 pixels wide.

The reason for the blurry desktop look above is that this image space is 1000 pixels wide, but the original image is only 200 pixels wide. Because the image is smaller than the space, this 200px wide image is being stretched and enlarged to fill the 1000 pixel wide space. As mentioned earlier, you make a large image smaller without any noticeable loss in quality, but making a small image larger will result in noticeable quality loss as you can see. And if this 200px wide photo was stretched to a full width 1920px wide area, it would look even more horrible. The lesson here is that you need to pick an image width that matches the width of the space it’s going in.

The “perfect match” vs “overkill”

This image below is an example of the perfect match. It is a 1000 pixel wide picture in a 1000 pixel wide space. There is no stretching and the image is simply being shown at 100% width. You can get away with an image that’s only 80 or 90% smaller than the space as it will stretch with minimal quality loss. However, you can see the results above when you use an image that’s only 20% of the space (aka, 200px wide image in a 1000px area). 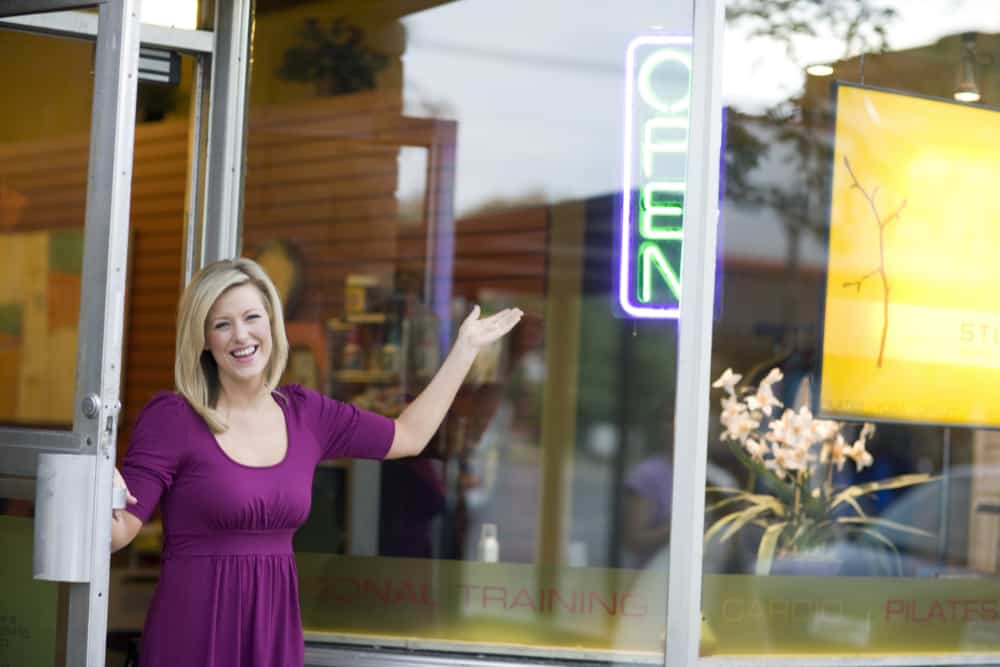 The image below is what we would call overkill. It’s a 2000px wide image that’s been shrunk down (or zoomed out) to fit a 1000px wide space. Because the image is larger than the space, there’s no loss in quality; proving the idea that you can make a large image small but you can’t make a small image large. The only issue with having an image that’s twice as large as the space is that it’s overkill. This image is not only twice the size in pixels, it’s probably twice the size in weight (aka bytes). For example, if you’re using a 2000 pixel wide image that’s 500kb (think of “kb, mb, or gb” as weight), but can make it only 250kb big by cutting the 2000 pixels in half down to 1000, you should do it. The reason is that the image will load faster across all devices. In other words, if the image area is only 1000 pixels wide, don’t use a 2000 pixel wide image because a 1000 pixel image will look the same and load quicker because it’s half the weight. 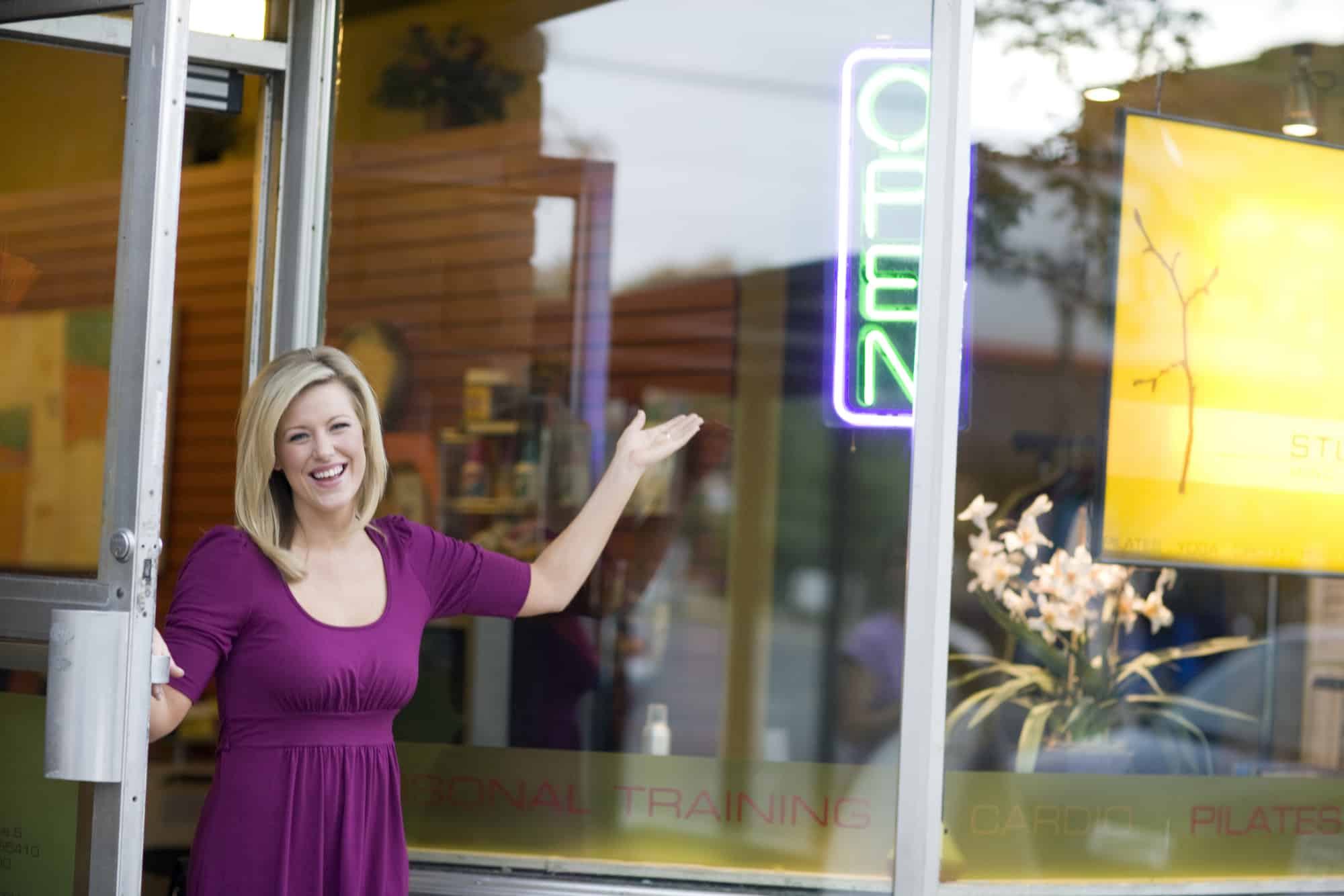 As you can see, all three images are spanning 100% wide from left to right. When they span, they stretch. If you have an image with low pixel resolution, like the first image with just 200px wide, then trying to stretch it across is going to make the image super blurry. But you’ll notice with the second and third images, there isn’t much of a visual difference – it’s hard to tell that the 3rd image is clearer than the 2nd image even though it has twice the number of pixels. So, as a rule of thumb, we like to say for your blog posts, about 1000px is normally fine if the blog post page doesn’t have any full width areas – 1000 pixels is not big enough typically to slow down the page loading, and not so small that it will look horribly blurry. If your blog post pages do have full width area, use 1920 pixels wide for those sections to get a nice clear look.

Want someone to handle this image sizing stuff for you?

If you’re not comfortable resizing images or just don’t want to spend your time doing this stuff, we can do it for you. Our webmaster plan is a great fit for people who want their website handled and managed for them. We can add your blog posts for you, resize images, let you know if images are too small, and take care of any other website edit, change, or design task you need. The plan also includes WordPress maintenance services done for you on a daily basis. We’ll handle all your plugin updates, WordPress updates, malware issues, backups and more. If you have more questions about website stuff or our management services in general, check out our Webmaster FAQ where we answer other common questions.

Since 2010, our website experts have been on-call for small business owners, churches, and non-profits. We're there when they need us making website edits, design changes, and fixing problems upon request. Our turnaround time is quick with most requests being completed in one business day or less. We also provide daily WordPress maintenance services and security tasks to prevent issues from happening in the first place. Whether you need someone to update your WordPress plugins for you, fix contact form errors, modify your website's design, or handle simple ongoing changes, you can depend on our expert webmasters and website management services.

How to find your ThemeForest license key
January 11, 2022